Holy Revolution are going to be a ground-breaking events to help establish prayer, worship and evangelism in a region that is hungry for God and ready to seek His face. 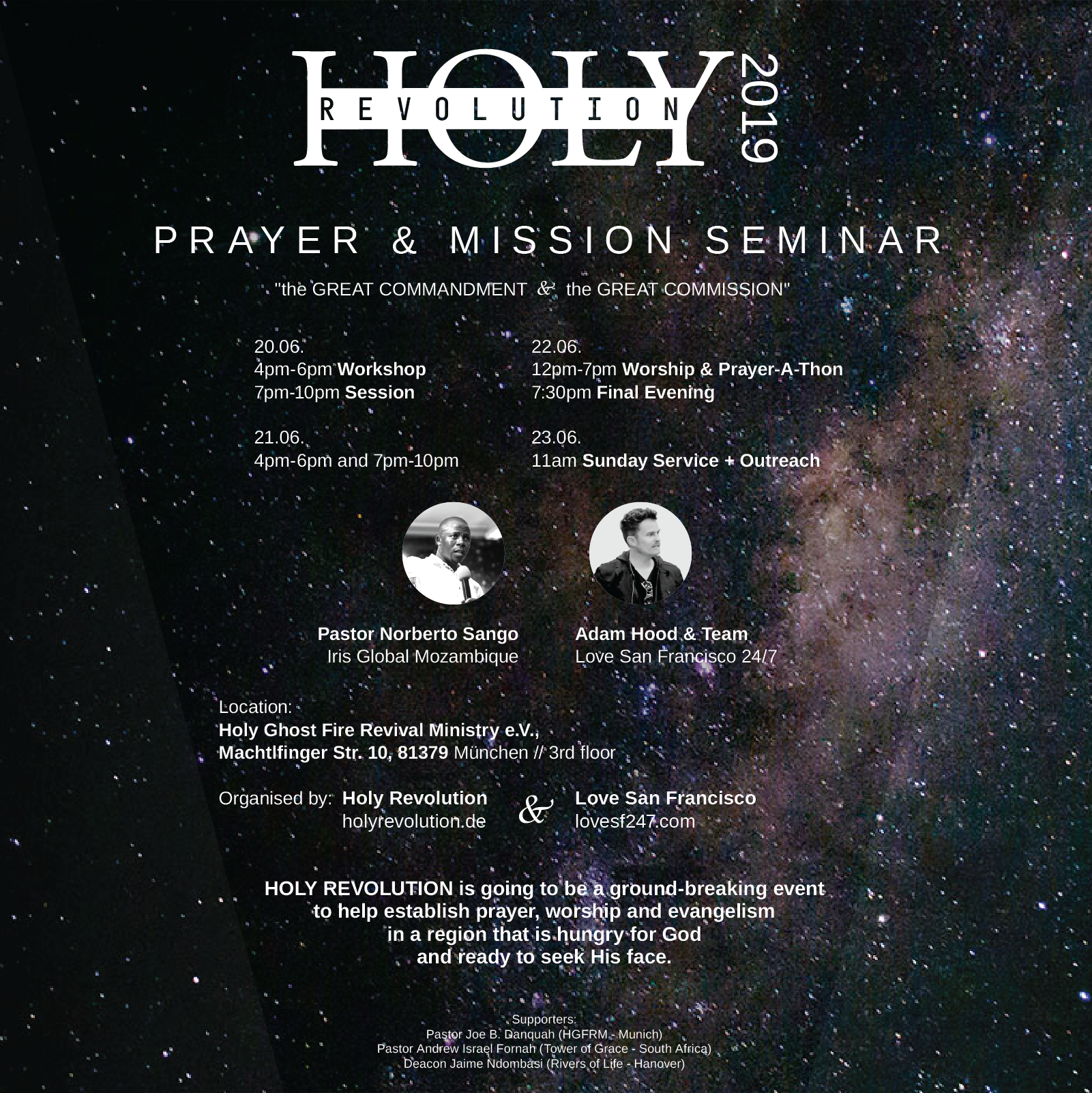 Missionary Norberto Sango was called by the Lord Jesus Christ at a young age when Heidi Baker found him in the streets of Maputo,
Mozambique. Growing up as Heidi’s spiritual son, he has been mentored by the Bakers for over a decade.

God sovereignly connected Norberto with Iris Ministries. Seeing hundreds and thousands coming to Jesus through this revival with
signs and wonders confirming the preaching of the Word, Norberto has had the honor of first hand experiencing the rapidly spreading
revival in Southern Africa which has witnesses close to 9,000 new churches being birthed since 2000.

Norberto loves Jesus more than life itself. This all consuming passion drives him to the darkest and most unreached areas of the
world with one desire alone – to see the glory of the Lord cover the earth as the waters cover the sea (Hab 2:14). He has
ministered in Mozambique, Malawi, Congo, Brazil, UK, Korea and in the US.

With a special impartation to catalyze revival fire among youth, Norberto loves to help the first commandment be restored to first
place in the hearts and lives of believers around the world. Norberto is often sent by the Bakers to stir an unquenchable hunger for Him and the harvest.

Adam Hood was radically saved out of the gay community in San Francisco in 1994. Since then, he has ministered all over the world, taking speaking engagements as well as leading many outreaches. He has been catalytic in uniting the church in San Francisco for 24/7 worship, prayer, and evangelism, and hopes for a biblical reformation in the church that will lead to a sustained, authentic revival.

He is the director of Love San Francisco 24/7, which is a parachurch ministry that exists to raise up the local body of Christ into a lifestyle of intimacy (prayer) and mission (evangelism). His ministry provides practical onramps through daily prayer, seasonal trainings, monthly and annual outreaches, and short-term global mission trips. Love SF is a part of a growing nationwide network in the US that regularly equips local believers in 8 different major cities.

Adam also has an online presence with YouTube Testimony videos reaching well over a million views, touching many people from all over the world. Through this, there have been salvations and transformation for people struggling with unwanted same-sex attraction, transgenders, and those suffering with gender confusion.

In addition to these ministries, Adam and his family (wife Sarah and 3 kids) run a community-discipleship house in San Francisco that they’ve overseen since 2005. This house provides as many as 10 additional Christians living in the city a place for corporate prayer, hospitality and discipleship in the context of biblical community living.